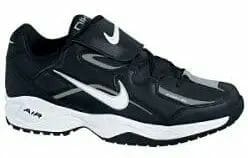 History of Sports Footwear
The origins of the sports shoe can be traced to canvas and rubber-soled lightweight croquet shoes, that were produced by New Liverpool Company (UK). At about the same time similar products were being developed in America that became known as the sneaker.

The 1970s saw an explosion in the sports shoe industry instigated by emerging competitive companies such as Nike, Reebok, and Adidas. Unlike more established companies these upstarts updated their footwear on an annual basis, and produced footwear tailed for particular sports. These new companies were succeeded using new materials, clever advertising, and cheaper offshore production. This era saw sports footwear transformed from a functional product, to a desired and fashionable product.

Casual Use
Sports shoes are very popular in the casual market, with shoes that are sporty in style, but not intended for sports use. The association with sports and therefore health and achievement have helped grow the popularity of casual sports footwear. Indeed, this has been extended by deals between sports companies and famous athletes to help promote their footwear. The American term sneakers and British term trainers are more commonly associated with the casual use of sports shoes.