​Who doesn't love a good pair of boots, right? Whether they're part of your daily work gear, a fashion statement, or for recreational activities. Boots show up in cultures around the world dating back as far as 3,000 B.C. Pretty crazy, right? Two types of boots that can cause confusion are modern Snake Boots vs Snakeskin boots. 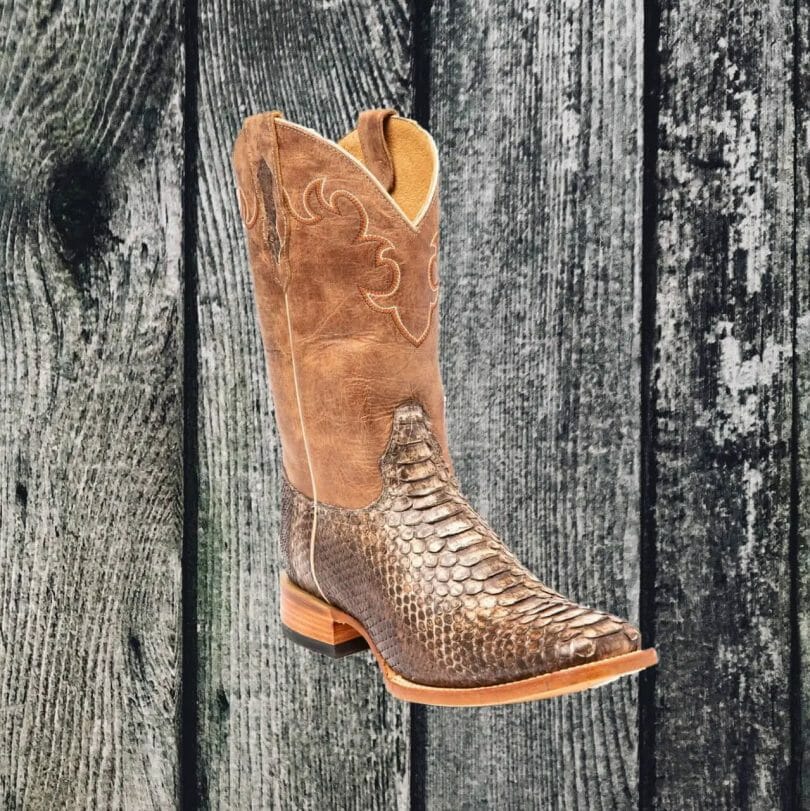 If you’re shopping for boots for the first time, you may get confused when you first hear about snake boots. You might first think of the fancy white leather snakeskin boots often worn by bad guys in action flicks. However, don't confuse snake boots with snakeskin boots.

Other than their general shape, the two types of boots couldn’t be more different from each other. Today we’re going to break down some of the key differences between snakeskin boots and snake boots. This way you won’t find yourself confused during your next shopping excursion.

What Are Snakeskin Boots?

Have you ever seen that Will Ferrell film, Casa de Mi Padre? You’ll remember that the drug-dealing cartel villain steps into the scene with a pair of snakeskin boots. Before you even saw his face, you knew that this was somebody who you shouldn't trust.

That’s not to say that only bad guys wear snakeskin boots. However, they certainly make a statement that few other types of boots can match. Most leather boots feature a tough cowskin that’s both abrasion resistant and keeps its form for years. Snakeskin leather, while tough, lacks the thick, rugged look of cowskin which makes a sleeker fashion statement.

Aside from giving you that classic badass look, snakeskin boots also happen to be incredibly comfortable. Because snakeskin leather is softer and more supple than traditional cowhide leather, they are lightweight and flexible. This is one of the reasons why they are so common in hotter regions such as the American South, Central America, South America, and Australia. They provide a cool, lightweight alternative to heavy, hard to wear boots.

The flexibility of snakeskin boots is by far one of their greatest features, however. If you ever go out for salsa night at your local club or dance studio, you’ll see that a lot of the men dress in fancy snakeskin. While this is often part of their cowboy style, it also makes them quicker on the dancefloor. Snakeskin easily flexes and bends which allows the men to perform their tight footwork while maintaining their cool.

What Are Snake Boots if Not Snakeskin Boots?

Snake boots, on the other hand, are not designed to be worn on the dancefloor. In fact, aside from being incredibly uncomfortable to do your footwork in, they would more than likely destroy most dancefloors. Snake boots, otherwise known as snake-proof boots, prevent you from getting bitten by snakes. This is important while you’re out hiking or working in the wilderness.

They are very common among hunters, outdoorsmen, and are also a common uniform requirement for jungle military gear. Most come with hardened leather, plastic shields, rubber, and high-density nylon fabric. These materials make them virtually impenetrable by sharp fangs.

Why Wear Snake Boots Instead of Snakeskin Boots?

If you live in an area with snakes (almost every country in the world) and go outdoors often, then you should definitely invest in a good pair. Even if you don’t think that you’ll ever use them, the one time that you do need them, they’ll be there to save your back.

Snake bites can be fatal. It takes only seconds before your body starts to experience the effects of the toxins running through your bloodstream. In the first few minutes, you’ll usually begin to experience intense pain, bleeding, and swelling. Within just a couple of short hours, you may very well find yourself on death’s doorstep.

All of this can be prevented with a good pair of snake boots, though. While you may envision a giant, uncomfortable boot in your mind’s eye, there are plenty of options available that offer quite a bit of comfort and flexibility when it comes to being active in the outdoors. Just think of all the mountain climbers and hunters who are often taking on hikes that last for days at a time.

Let’s take a minute to look at some of the things that set snake boots apart from traditional tactical and work style boots.

The first feature which you’ll find in every pair of snake boots is that they are impenetrable by both the fangs of snakes and those nasty thorn bushes that you run into in the forest. This is accomplished with a solid, seamless design made from hardened composites, thick fabric, and other fang-proof materials.

You’re not usually going to encounter venomous snakes while you’re walking down a busy city street. If you come face-to-face with one of these serpents, it’s likely going to be in great outdoors, and often in a damp, wet environment. Keeping this in consideration, almost every snake boot that you find will be 100% waterproof all the way up to the knee (common height for most of these boots). A waterproof boot is also incredibly easy to clean, and you can usually just spray them down with a hose after an outing.

Almost every snake boot is made to be at least knee high. When snakes strike, they sometimes aim for the feet or ankles, but more often than not they aim instead for the back of your calf where all of your veins are located. A venomous bite to this region would be far more devastating than a nip on the foot. 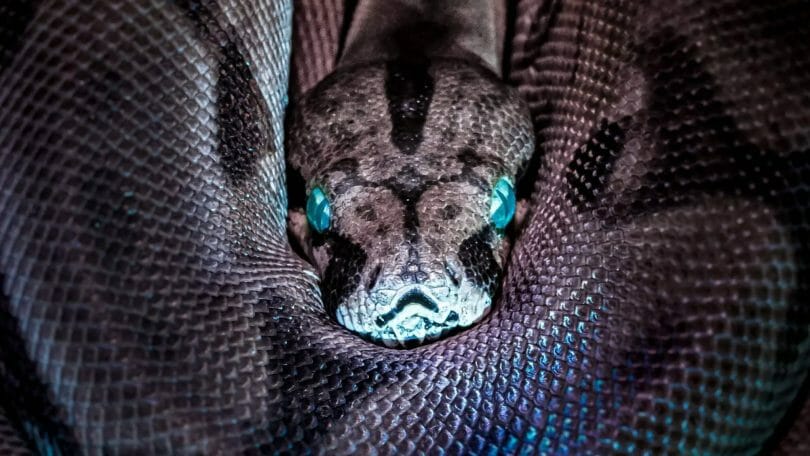 If you’re looking for a great pair of snake-proof boots, though, we’ve put together an excellent buyer’s guide to help you find the right pair for you.