Reebok is one of the largest manufacturers of sports shoes and equipment on earth. Their Nano line of footwear is completely focused on CrossFit enthusiasts. Reebok has been known for crossing barriers and combining technologies to split feature sets, which in turn pushes their shoe owners to strive for the next level of fitness opportunities. The latest offering to do this is their Reebok CrossFit Nano 9, which we were elated to purchase and test out.

The CrossFit Nano 9 provides impressive levels of supportiveness and agility, surprising for a CrossFit shoe, but not surprising for Reebok as a brand. In addition, they have included a good number of innovative and new features that help push this shoe to the next level and make it onto our radar for more in-depth testing.

The Nano 9 is insanely versatile as well. The shoe provides an incredibly powerful and grip-heavy foundation, strong ranges of motion, and secure and supportive footing. Additionally, the colors and designs available with this shoe have been improved since their previous iteration. We went with the Black - Light Sand - Reebok Rubber Gum 03 color combination. For these reasons and more explained below, these were by far one of the highest rated shoes on our extensive guide to the best shoes for CrossFit.

Reebok has added in their patented and tested Flexweave technologies into the CrossFit Nano 9 shoes. These provide a scientifically-engineered fabric weave upper in a thin but rigid figure-right styling. What this does is ensure enhanced levels of both breathability and flexibility directly into the shoe’s upper. Not found in any other CrossFit shoe, this feature doesn’t detract from the reliability, performance and durability of either the sole or midsole.

But there was one feature that really drew us into the Reebok CrossFit Nano 9 as a shoe to buy and test extensively on our own proving ground, and that was the notoriously roomy toe box. This toe box went well above and beyond CrossFit shoes provided by competing manufacturers (even those in our list). They also provided extensive comfort and stability. These are two of the most crucial aspects needed in the quick world of CrossFit and weightlifting.

Additionally, the tow box of the Reebok CrossFit Nano 9 has a strong launch adaptation. This provides the ideal foundation for fit, power and stability. It is also far wider than average, allowing for increased space and movement. This all comes without causing the rest of the shoe to lose its snugness. 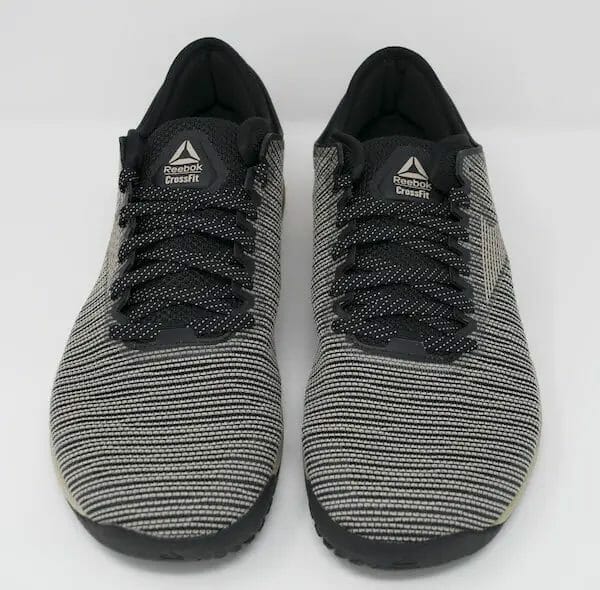 We were wanting to perform an adequate number of WODs for a solid sense of shoe performance under an array of scenarios and circumstances. This meant, for the sake of time, avoiding WODs that were completely upper-body focused. As such, we found four solid WODs we performed while wearing the Reebok CrossFit Nano 9.

The four WODs above, combined with periods of rest necessary between each set and each exercise, represented over 60 solid minutes of intense interval training and conditioning work. This worked perfectly for a very well-rounded outdoor test of some of the most effective CrossFit shoes we have tried in years.

Testing Results of the CrossFit Nano 9

These shoes performed admirably in all aspects of testing. As far as shoe weight was concerned, they were staunchly “middle of the pack”. The Minimum from New Balance was the lightest and Inov-8’s tested option was significantly heavier of the three shoes we field tested for CrossFit use. With this as the case, they still provides extensive traction and support when performing the standard exercises. They also worked perfectly in the sprinting test, doing just fine across a wide variety of different surface types.

For the heavier kettlebell swings, the biggest concern was a loss of grip on the ground, especially with heavy weights being swung about. This was a non-issue with the Nano 9. Additionally, we had some concerns about box jumps, as the surface we were jumping onto was damp and slippery from morning dew. Still, we experienced absolutely no loss of stability throughout our training and testing processes.

We agree with the sentiment that these shoes have the roomiest toe box in CrossFit options. This led to one of the most comfortable experiences that we have had with any shoe, regardless of its purpose. Overall, the Reebok CrossFit Nano 9 outperformed expectations. We are more than satisfied with our purchase, and have no qualms with noting them as one of the best shoe options for CrossFit there is. 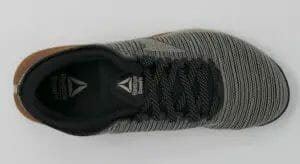 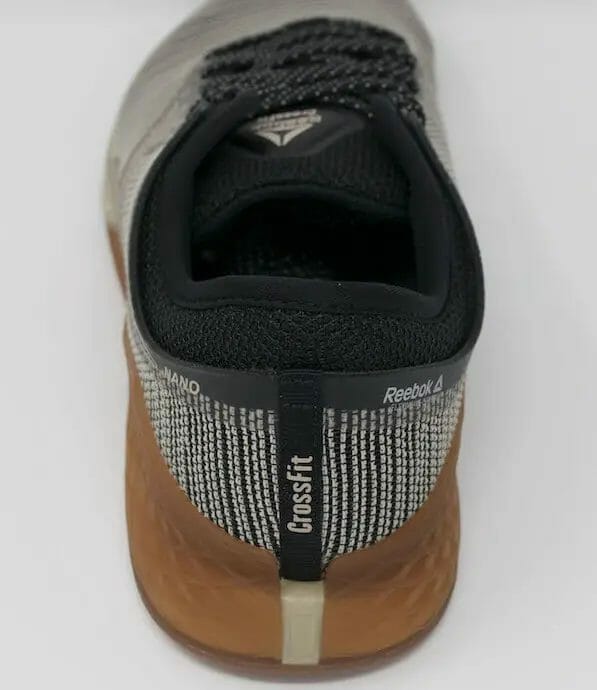 Pros and Cons of the Reebok CrossFit Nano 9

After three months of regular-to-heavy use, we like to reflect upon our purchase and provide any updates to the quality of the shoe after many wears. The Reebok CrossFit Nano 9 was worn for over 100 hours, for a variety of tasks. The wear of these shoes extended past CrossFit into general running, standard weightlifting, biking, hiking, lengthy walks, full-day casual office wear, and more. A few moments that stood out to us: 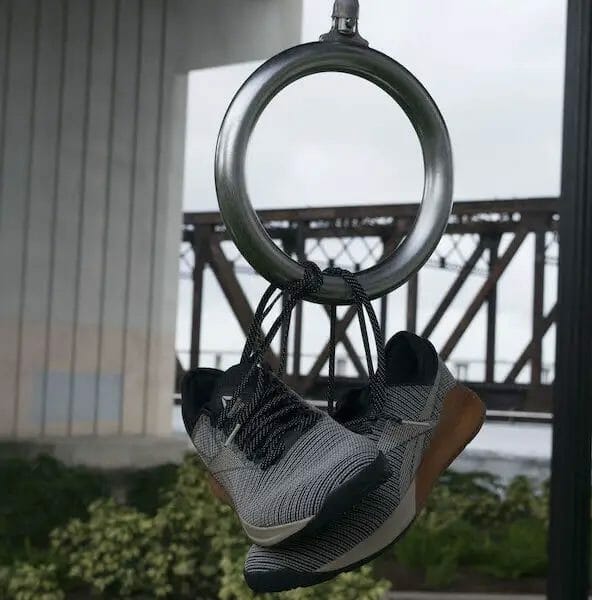 Overall, our impression of the Reebok CrossFit Nano 9 is positive. With extensive grip, impressive durability of the soles over time, a stylish design and the roomiest toe box of any shoe we have tested, there were plenty of benefits to these shoes. However, we were less than impressed with some of the deconstruction that occurred over time in the connections between the sole and upper.

In the end, for the price point, we were more than impressed with what we got, and these remain our go-to shoes for CrossFit style activities months after purchase.