When it comes to combat sports, equipment can mean a fair amount. This isn’t only the case when it comes to safety, but for the development of technique and proper comfort when training. Discomfort does more than irritate, it can exhaust and distract. That’s the last thing you want during a grueling match or practice.

Buying wrestling shoes can seem easy, but all it takes is one oversight to ruin hours or weeks of hard work. With these five questions we have listed in this article, you’ll know everything you need to dominate the competition. Read on to equip yourself with the knowledge necessary to pick the shoes that will keep you safe and effective.

Setting Yourself Up For Success... Or Failure

You can’t go in blind when you’re looking to purchase wrestling shoes. Wrestling shoes have evolved over time, but you need to understand the old and the new in order to make a comprehensive choice. In order to understand where you are going, you must know where the sport has been. For this reason, we are going to go over a bit of history to understand why and its footwear and equipment is how it is. 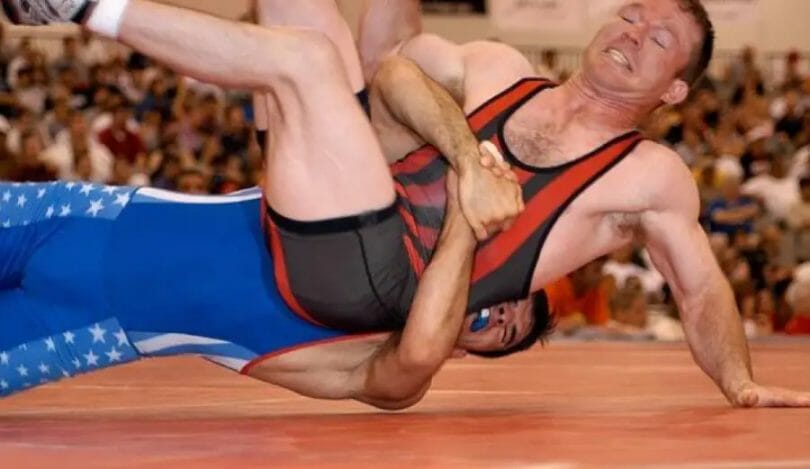 Why Do Wrestling Shoes Exist?

Wrestling is one of the oldest sports to have come into existence. We all have the Greeks to thank since wrestling made its debut during the ancient Olympics around the area 700 BCE. The first ancient Olympic games were only performed a mere few years before wrestling entered the scene.

However, the wrestling that was standard back then is not the same wrestling we witness today. The focus back then has been speculated to be on pure physical strength. The entire style was dedicated to overpowering and immobilization. The sport was primarily conducted naked based on the evidence of the time period have found.

Like football and other hard contact sports, overtime equipment manifests, both out of safety and necessity.  The damage that was sustained via concussions, squished areas and slips overtime led to a vast change in the types of equipment used. Wrestling shoes were created to fit the needs of a wrestler by being dynamic, durable, and comfortable.

Whereas initially wrestling was meant to only be conducted using arms/upper bodies, the introduction of freestyle wrestling and more led to footwork and stability as being more important than ever.

Here’s a table giving a quick summary of certain aspects that make up a good wrestling shoe.

That being said, let’s get onto our guide!

1.  What Are Wrestling Shoes Made Out Of?

Those who love to rummage through yard sales may have found a pair of old wrestling shoes lying around. You let curiosity get the best of you, and you pick up the pair. At first glance, you may have noticed that the wrestling shoes are made out of leather material.

Not much has changed when it comes to the body of the wrestling shoe since modern versions feature either a leather or a mesh body. Leather will contain moisture in while mesh shoes offer more air circulation.

These are features to constantly keep track off because you could prevent developing a foot fungus if you know which material caters best to your foot type.

One significant change that was made to the wrestling shoe is its sole. Before rubber came into existence, the soles of wrestling shoes were made out of a thin piece of wood or where entirely leather.

Ever since rubber was applied to shoe manufacturing in the late 19 century, the wrestling shoe design experienced a major alteration.

Nowadays, the sole of a wrestling shoe is made out of rubber, which is an excellent material in regards to creating the friction a wrestler needs to outperform his or her opponent. Sometimes, you can get wrestling shoes that have extra studs that come in handy when you need a large amount of traction.

2. What are the Different Types of Wrestling Shoes?

You can fully understand the difference between wrestling shoes when you take a look at its sole.

You’ll know you’re staring a uni-sole shoe when the sole is continuous from the toe to the heel. On the other hand, if the sole is cut into two pieces, you’re dealing with a split sole. Usually, there will be a separate sole piece in the front and another on near the heel.

Those who prefer a more flexible shoe will find that the split sole is the optimal choice. If you expect a greater grip from your wrestling shoe, then the uni-sole is your best bet.

People who are new to the wrestling world find that the one that feels the most comfortable on their feet is the one they end up buying.

If you or your child has just begun their adventure in the world of wrestling, the question that immediately pops into minds is, "How much are they?" There are multiple answers to that question since the price tag of each wrestling shoe differs.

You can readily buy beginner wrestling shoes that don’t come with any fancy features for less than $50. Those who are experienced in wrestling will find that the simplest and cheapest shoe won’t help you when it comes to performing professionally. A professional wrestling shoe will cost you under $200, which may seem like a lot of money, but you have to think of it as an investment.  The more expensive wrestling shoes will come with features that work with your feet, which ensures a custom fit that beginner shoes can't provide.

There isn’t a universal answer to this question since it all depends on your specific foot shape. For instance, top-level wrestlers who work professionally seem to prefer a snug fit. This because they don’t expect for their feet to grow anymore.

However, if your body is still growing, it would be wise to purchase wrestling shoes that have a bit of room.

When it comes to size, wrestling shoes vary from brand to brand. The ones we prefer come from ASICS and Adidas, which have a unique shoe size system. It works by having you go one and a half size larger than your standard street shoe size.

5. How Many Pairs Should You Buy?

Don’t make the mistake of only relying on one pair of wrestling shoes because a day will come when a second pair is essential. In fact, having two pairs of shoes is a rule in wrestling since you need one strictly for practice and another for competition purposes. 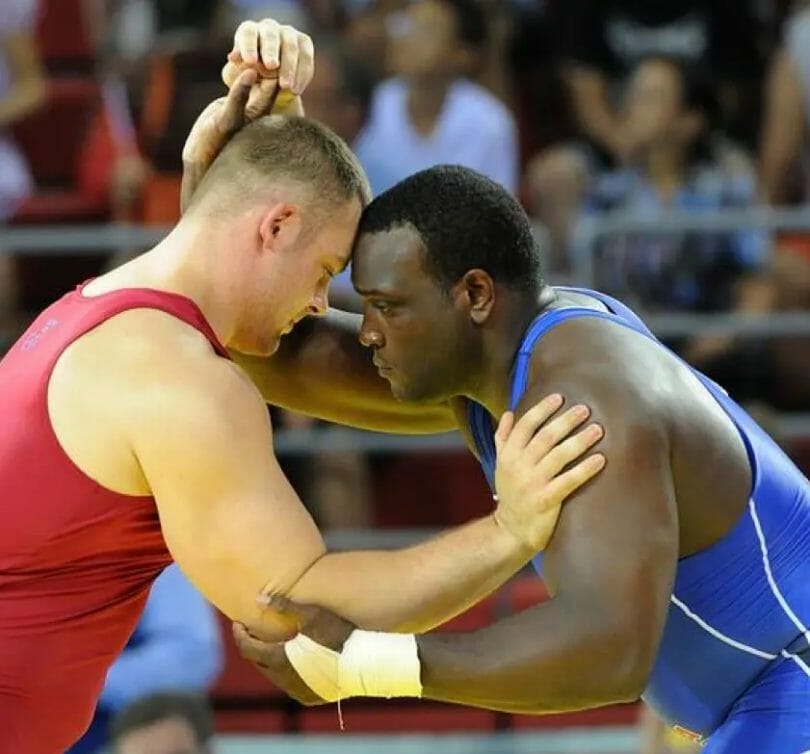 Hopefully, you'll ask yourself these questions when you're searching for the perfect wrestling shoe. Those who prefer to purchase their wrestling shoes online should check out the original ones in a store. Make sure to try them on to help narrow down the decision. By following this guide, you’ll have a pair of functional wrestling shoes that will help you win.